Can anyone throw far? 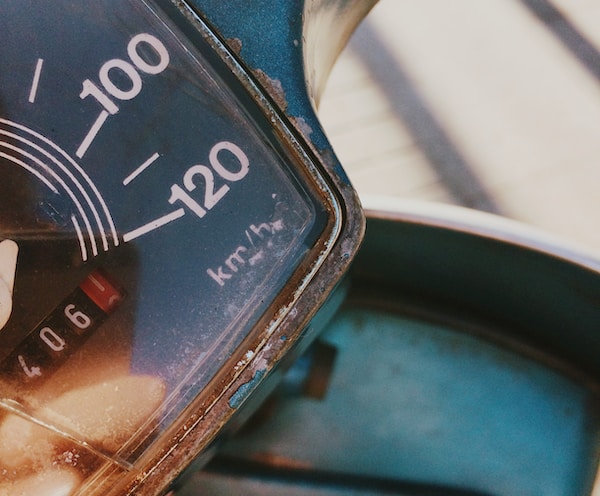 Max distance has to be the most talked-about topic in disc golf, although other aspects, such as the effect of disc golf on public health and well-being, are much more important. Even when considering scores the significance of distance pales in comparison with accuracy, consistency and putting.

Still, just about every player wants to throw farther. So, let's talk about it. What does it take to throw far?

What makes the disc go far?

A long throw is a sum of many factors. Some of these factors are the thrower's responsibility, and the rest depends on the circumstances.

The thrower gives the disc its velocity, orientation and direction. What happens to the disc after that, depends mostly on the wind, the characteristics of the disc and whether you are throwing on flat ground, uphill or perhaps downhill.

Throwing for distance is a specialized part of disc golf where the goal is to throw the disc as far as possible while sacrificing accuracy. The line of a distance throw is a so called "sky anny", which is used to extend the glide phase of the flight.

When you throw a disc of a suitable stability down a hill, it can fly straight without slowing down almost indefinitely. The glide is assisted by the gravity, and in best case scenario, the wind. When going for distance, the disc is thrown up on an anhyzer angle and negative angle of attack (nose down) over the top of "the hill in the sky". If everything goes as planned, the disc will continue its flight downwards as if it was thrown down from the said hill, gliding straight until it hits the ground.

This line, and the other special features of distance throwing, such as 360 (turn around) technique which can increase the disc velocity, can add up to 25% of distance compared to maximal golf throw in similar conditions (the estimate is based on Finnish Disc Golf Distance Championships 2022).

Velocity as an indicator

The unpredictability of distance makes it a poor performance indicator for a player. The disc velocity, on the other hand, is not affected by wind or other environmental factors and gives a good approximation of player's distance potential.

The long throws of the Internet paint a picture where a solid 120 meter (400 feet) throw is short, or weak. In reality, throwing that far requires that your physical abilities or your throwing technique are excellent, or you have both on a good level. Throwing 120 meters on level ground means that the disc leaves your hand at about 90 km/h (56 mph).

Ingredients of a fast throw

The disc can't leave your hand fast unless your hand is first moving fast. Well, things obviously aren't that simple, and it's not all about the hand anyway. The chain of movements is long, particularly for the backhand throw. We'll have plenty of opportunities to waste energy and slow ourselves down.

A fast throw requires us to be as loose as possible, for as long as possible. Being loose doesn't mean we are going to be weak or slow in our movements. Quite the opposite, we are going to move without slowing ourselves down. To achieve looseness, we'll use only the muscles that are needed, and only when they are needed. Unnecessary tension, be it unneeded tension or tension that is held for too long, will slow us down.

We'll also need space and time to accelerate, which means mobility. We don't want to hit a wall while we are speeding up, just because a part of our body has a limited range of motion. My recommendation is to work on your mobility daily. Finnish Disc Golf Association has published a guide for Dynamic Mobility Training for Disc Golf which will take you a long way. This guide is written in Finnish.

Lastly, we'll need strength and balance. Strength to accelerate our body, and balance to have the courage to move loosely and fast, and to leverage our range of motion against good ground contact.

We've got the ingredients, but where's the recipe? A sudden yank on the disc is not going be sufficient. What we are dealing with here is more like a multi-stage rocket with its sum of sequential and overlapping acceleration (Kinematic Analysis of Disc Golf Backhand Throw).

The timing, or the order of activation, in the execution phase of the throw starts from the ground up and continues from the core out. We don't want to throw harder, instead, like a whip, we want to uncoil, shed moving mass while preserving the accumulated kinetic energy, until as much of it as possible moves to the disc.

A fast throw is an ideal, which protects us from using excessive force, and helps us concentrate on the things that matter. With a bit of luck our training will achieve a throw that looks easy and goes far.